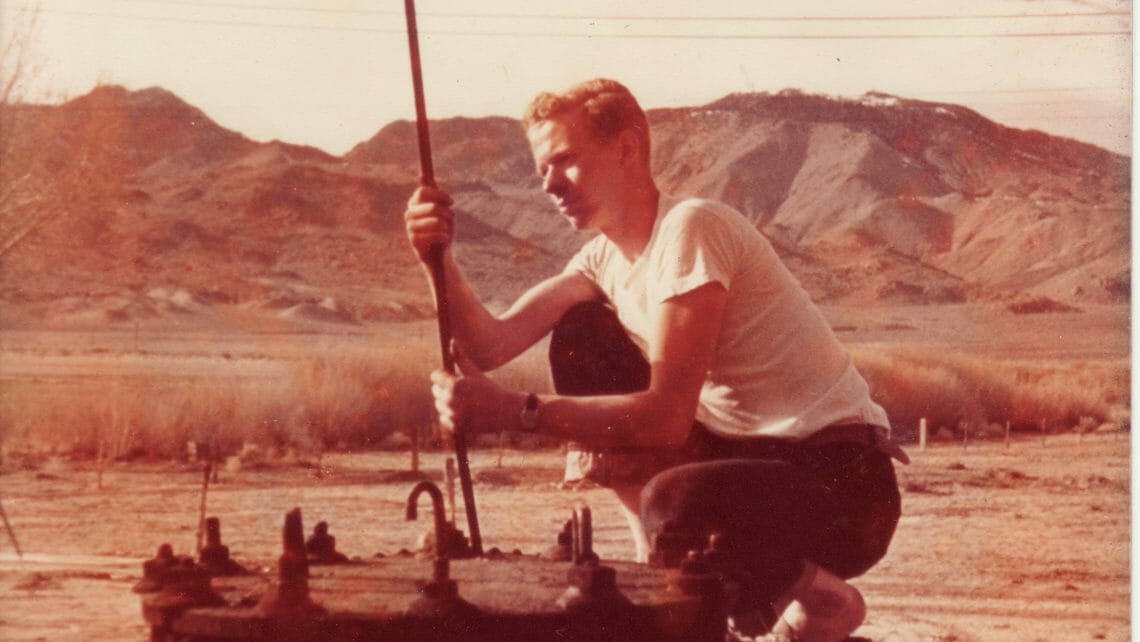 Humphrey Fisher, who died aged 85 on May 20, 2019, was a student at Deep Springs College from 1950 to 1952, and features in Jack Newell’s book, The Electric Edge of Academe: The Saga of Lucien L. Nunn and Deep Springs College as leading the protest against Board discrimination against Jewish and Black applicants during the era of quota controversy in higher education. Humphrey wrote to the Board: “Since I have come to Deep Springs, I have been introduced to one of the apparent principles of the institution of which I had no previous knowledge. This principle is the discrimination, practised in varying degrees, against certain racial groups. With such a principle I cannot agree.”

The parents of the Jewish student at the centre of the controversy wrote to Humphrey: “Stephen has apprised us of the facts of the controversy now going on at Deep Springs. He also enclosed the letter that you had sent to the Trustees. When we received the first letter from Stephen our faith in humankind was shattered, but it was fully restored upon reading your courageous letter. May you never stop being true to your ideals.”

From Deep Springs, Humphrey went on to Harvard and Oxford and a career at the School of Oriental and African Studies (SOAS) at London University from 1963 to 2001, where he specialised in Islamic history south of the Sahara. Humphrey helped numerous applicants attend SOAS from unusual backgrounds and with nonstandard qualifications, including older students, students from Africa, and ethnic minorities within Britain wanting to study their own heritage.

Classmate Roger Pierce DS50 writes: “Humphrey was, right from the beginning, a mentor to me. We were roommates and friends at Deep Springs, coming from very different backgrounds: he from sophisticated international connections, British to boot, I from small town California. He taught me, mostly by example, how to study. When he went to Harvard it sparked my imagination: ‘Maybe I can do that, too.’ So I did, and there we were roommates again.”

Humphrey was born in New Zealand in 1933 and evacuated at age seven from Britain to Canada in the face of a possible Nazi invasion, before attending Sidwell Friends in Washington, D.C.  As he was crossing the Atlantic westwards, his future wife, Helga, was a child refugee travelling east from Peru back to Germany in a Swedish Red Cross boat. They met in Oxford where Humphrey completed his PhD on the Ahmadiyyah Muslims, and their first two sons were born in Nigeria and Jordan.

His academic interests dovetailed with his religious convictions in unexpected ways: Humphrey was an Episcopalian priest trained at a Catholic college who attended Quaker meetings, and taught Islamic history, including to Muslim students. His view was that we are all going up different sides of the same mountain in our journey towards God. Humphrey was beloved by and inspired generations of grateful students and is survived by four sons and their wives, ten grandchildren, and a great grandchild.

– This obituary was kindly abridged from the funeral address of his son Thomas Fisher of South Uist, Outer Hebrides, Scotland. Deep Springs thanks Humphrey for his courage and principles as a student at the College.