David Schuman was born to Marie and Stanton Schuman on May 8, 1944, in Glencoe, Illinois.  He was the second of four children.  His father, a real estate attorney in Chicago, and his mother, a homemaker, encouraged his early love for speed skating, which took, and for camping, which did not. He attended Central School, where some of his deepest friendships were forged.  By 1962, when he graduated from New Trier High School, he had to choose between trying out for the US Olympic Team (one of whose eventual members he had just beaten on the short track) and leaving speed skating behind for an undergraduate education at Stanford University. He chose Stanford, where he met fellow student Sharon Johnson during their study abroad program in Florence, Italy.

Graduating in Psychology in 1966, David had to talk fast to convince San Francisco State College to admit him to their M.A. Program in a completely different discipline, English Literature; but he did, earning an M.A. with honors in1969, just after he and Sharon married in 1968. He continued his studies at the University of Chicago, where he earned the Ph. D. degree in 1974. He then taught English literature at University of Santa Clara, University of Louisiana in New Orleans, and Deep Springs College, where one summer he butchered an entire cow. Along the way he published several short stories.

In 1981, despite his success teaching the poetry of Hopkins, Hardy, Yeats and Eliot, David defected from literature to law. His joke was that when he graduated yet again at the age of 40, his plan was to become simultaneously a rising star and a grey eminence.  By that time two children — Rebecca (1976) and Ben (1979) — had been born.  The family moved to Eugene, where he entered the University of Oregon Law School, graduating with honors in 1984.  After law school he served as judicial clerk to the Hon. Hans Linde of the Oregon Supreme Court and then as an assistant attorney general in the Appellate Division of the Oregon Department of Justice.

In 1987, he joined the Oregon Law faculty, where he taught constitutional law, criminal procedure, legislation, and administrative law, earning the Ersted Award for Distinguished Teaching. From 1994 to 1996 he also served as Associate Dean for Academic Affairs. His writing included scholarly articles in law reviews throughout the United States; op-ed articles in The Washington Post, The Oregonian, and The Chronicle of Higher Education; and a number of indignant letters that he generally did not send.

In 1997, he was appointed by Attorney General Hardy Myers to be his Deputy Attorney General, a post he held until 2001. At his swearing in, his twenty-year-old daughter made a list of “Things to Do” on the white board: “take nap, buy/drink Diet Coke, send daughter $ money $, check if Glenwood mail-order burrito is in,” and “pull strings to get Ben out of jail.”  As Deputy, David supervised division chiefs and advised the Attorney General, elected officials including the Governor, and state agencies. He also represented the state in defense of statutes and constitutional provisions.

In 2001 he returned briefly to the Oregon Law faculty, before Governor Kitzhaber appointed him to the Oregon Court of Appeals, where he was re-elected twice and served until 2014, authoring over 600 opinions. In 2014, he received the David Frohnmayer Award for Public Service and retired from the bench, returning to the UO Law School faculty, where he taught until his death.

Throughout his life David was an avid athlete, completing the Portland Marathon twice and taking hundreds of long bicycle rides, up to 100 miles. Summers often included trips back to Italy where he and his wife had 10-day adventures by bicycle. For their fiftieth anniversary, they took 10 members of the family to Italy for a custom bike trip, including trailers for infants. Back in Eugene, rain or shine, David stayed in shape throughout the year by riding almost daily. On Saturday, October 5, he was nearing the end of a long ride, when he collided with another bicyclist on the riverfront path in Eugene. His injuries led to his death, October 8, at PeaceHealth Sacred Heart Medical Center at RiverBend in Springfield.

David will be remembered not just for his public service, his intellectual achievements, his mentoring of young lawyers, and his love of family, but for his integrity, his generosity, his sense of justice, his humility, and his wicked wit. He loved nothing more than dinner at a great restaurant with friends or family.

He is predeceased by his parents and his brother Sam (Nancy) Schuman.  He is survived by his sister Sarah (Stanley) Dietzel, his brother Joe Schuman, his wife Sharon, his son Ben (Lani Hoang) Schuman, his daughter Rebecca Schuman (Waldemar Rohloff) and three grandchildren: Milly Schuman (6), Halina Schuman-Rohloff (4), and Sage Schuman (2). A public celebration will take place at the UO Law School, at 3:00 pm, Saturday, October 19. In lieu of flowers, contributions can be made to Food for Lane County, the Jewish Federation of Lane County, or the Wayne Morse Center for Law and Politics at the University of Oregon.

David’s memorial service will be live-streamed by the Univeristy of Oregon Law School on Saturday the 19th at 3pm PST.  Here’s the link:

Thank you Sharon for this wonderful remembrance.

David and Sharon lived in the valley from 1974 to 1981, and their involvement with Deep Springs students, alumni, and staff continued for many years.  They brought stability, intellectual rigor, and moral leadership to the college at a time when we needed it.  Their children Rebecca and Ben were both born in the Valley.

We are collecting material about the Schumans for a longer remembrance to be published in the Newsletter.  If you have something to submit, please send it to Brad Edmondson DS76 at brade@lightlink.com. 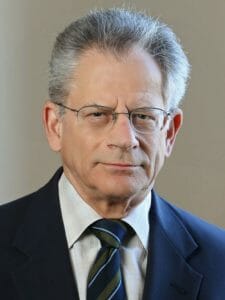 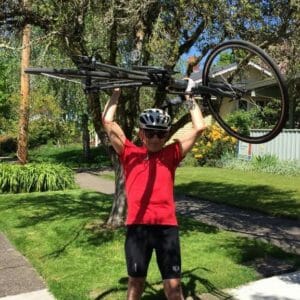 Sharon has complied David’s writings in a book (Voice for Justice, 2021) which can be pre-ordered here.