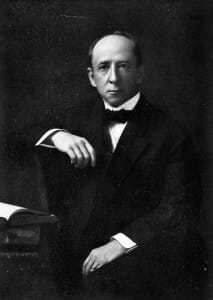 Deep Springs was founded in 1917 by electricity tycoon and philanthropist L.L. Nunn. After building power plants across North America, he devoted his wealth and influence to developing new forms of education. His two surviving educational projects, Deep Springs College and the Telluride Association, are both imbued with his distinctive philosophy of education.

Nunn’s career began in Telluride, Colorado, a small mining town where he operated a diverse set of businesses including several gold mines. Upon realizing the importance of electricity for mining, he used his assets to start what would become the Telluride Power Company. The venture built and acquired power plants across the western United States and in Canada and Mexico, and also pioneered methods for transmitting electricity over great distances.

To staff his company, Nunn devised a unique in-house education system. Bright and hardworking young men were recruited to receive extensive training for free so that they could take leadership roles at the plants. Each student would begin by taking coursework in addition to their daily jobs. Then, successful students were given scholarships to continue their educations at elite universities.

Education soon eclipsed business as Nunn’s primary concern. In 1909, he established the first Telluride House to provide room and board for his pupils earning degrees at Cornell University. The Telluride Association was formally constituted to administer the house. Nunn had discovered in the American west, where small towns were largely autonomous, that self-governance could foster individual virtues. Thus, he incorporated the idea of self-governance into the Telluride Association. Both the Telluride Association and the house at Cornell continue to operate today. The association has since expanded to include another Telluride House at University of Michigan, as well as two summer programs for high school students. 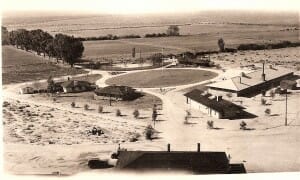 His final project was to found an independent college that would prepare students for a “life of service to humanity” through a three-part program of liberal arts, student self-governance, and labor. After considering a number of possible locations, Nunn purchased a cattle ranch in eastern California that would become the campus of Deep Springs College. The college admitted its first class of twenty in 1917. 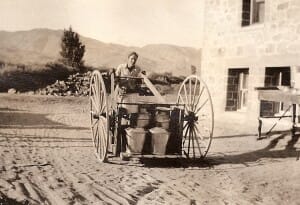 Since Nunn’s death in 1925, the college has evolved while maintaining many tenets of his original vision. Alumni have gone on to become leaders in a number of fields, some receiving MacArthur Grants, Pulitzer Prizes, and Truman and Rhodes Scholarships. Today, Deep Springs is often cited as an example of the transformative experience that higher education can offer.

Nunn’s model has been adopted or adapted by several other colleges, and may be considered as one of the primary influences for the “microcollege” movement. An expanding list of colleges that can be grouped into this movement is maintained by Thoreau College. Some are specifically inspired by L.L. Nunn’s vision, others are striking out in new directions. All share a human scale and a commitment to critically re-thinking and revitalizing higher education.

The possibility of coeducation had been debated by the Deep Springs community since the 1960’s. The Deep Springs Board of Trustees voted in 2011 to begin admitting women but a legal challenge was brought by the two dissenting trustees. After more than five years of litigation, the California Supreme Court resolved the issue with a ruling in June, 2017, permitting the college to proceed with plans for admission of women as students. We have been very pleased to consider applications from all young people since the 2018 academic year.

To view an archive of images from Deep Springs’ first century, go to archive.deepsprings.edu.